Christine Sun Kim is an artist. She is a woman, a mother and a deaf person. Her work is concerned with sound but not as you know it. Her sonic experience has been shaped by reactions and interactions with those around her and this has been directly translated into her practice. The observed and the perceived become conceptual manifestations and make up this artists multidisciplinary and collaborative approach. ALSO takes a pause with Christine to discuss her creative process, motherhood and the power of working with others. 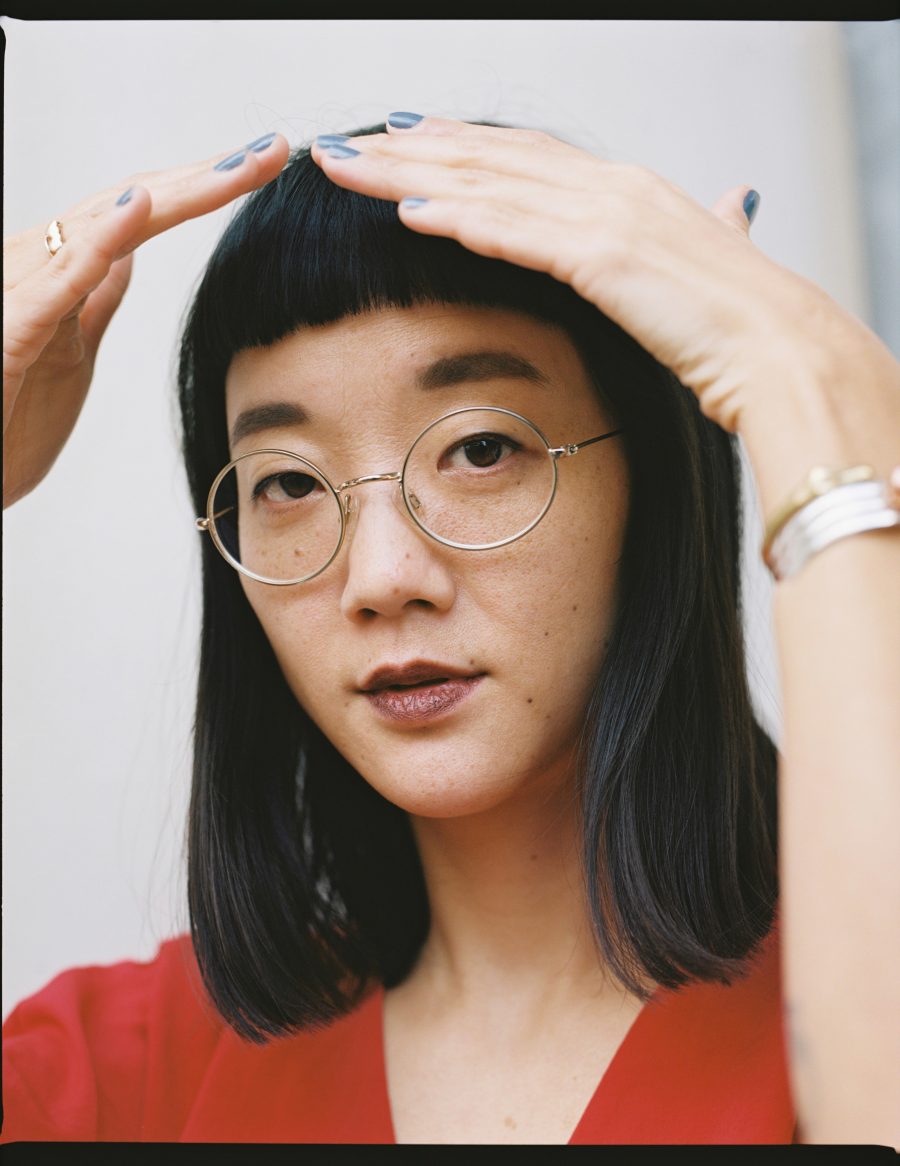 Tell us about how your practice originated?

When I started to consider sound as a medium, I saw that I never had an opportunity to explore it on my own terms because it was always transported through hearing people. It was after I had that epiphany that my practice really started. 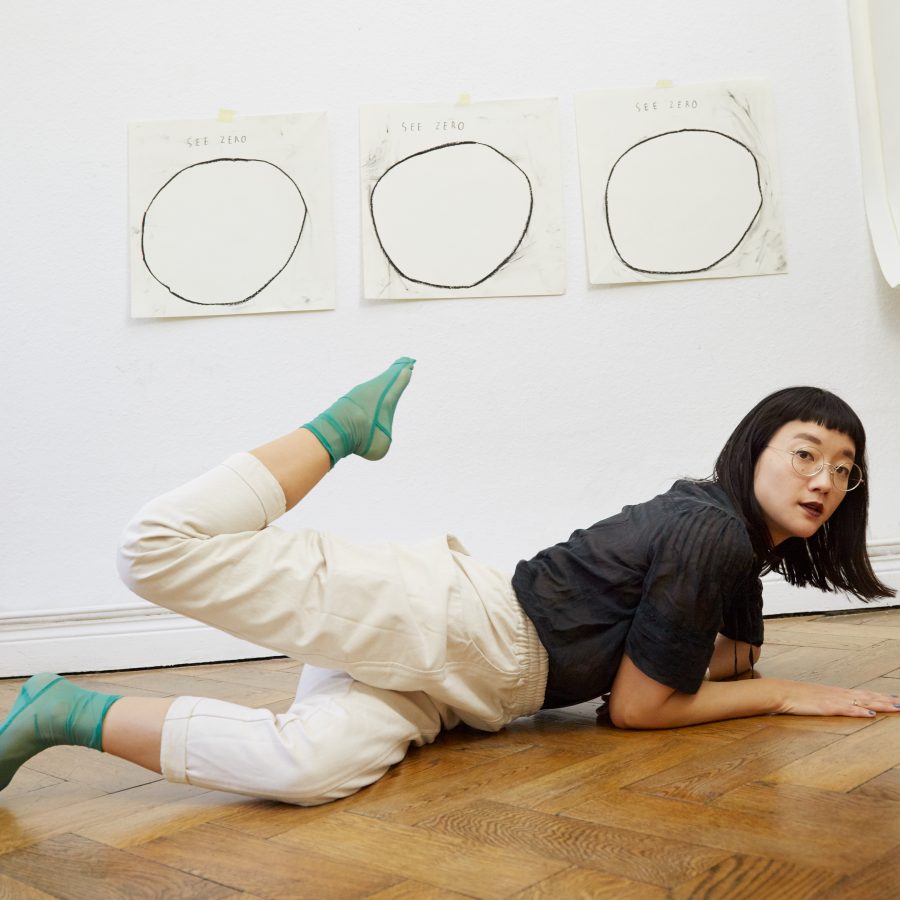 You are originally from Orange County in California, you have studied in New York and now reside in Berlin. How do you think these places shape your work?

I practically lived in the backyard of Disneyland, so you can imagine how much influence it had on me as a child, growing up with its fake mountains and princesses. Despite how capitalistic it was, I learned that telling stories is a vital tool for artists. After I had developed my tools and found platforms in New York, Berlin was the perfect place for the next chapter of my life: family, motherhood, spa and beer. You shouldn’t have to spend more than half of your income on rent. It’s still crazy to me that I can afford my own studio here and spend all my time drawing and writing.

You explore sound through a variety of different mediums including drawing, video and performance. How do you feel these mediums help you to convey the sonic experience?

From the beginning, it made sense to me that I combine both deaf and sound ideas. For example, American Sign Language (ASL) gloss is similar to musical notations. Or how signing is a lot like singing, only without sound (this comment will spark an avalanche of terrible music videos with ASL elements). A wide variety of media helps me communicate my deaf experience disguised as sound or music. It also makes it approachable to non-deaf audiences. It’s important to me that my work doesn’t stay in one place, it needs to seep into or even invade other places. 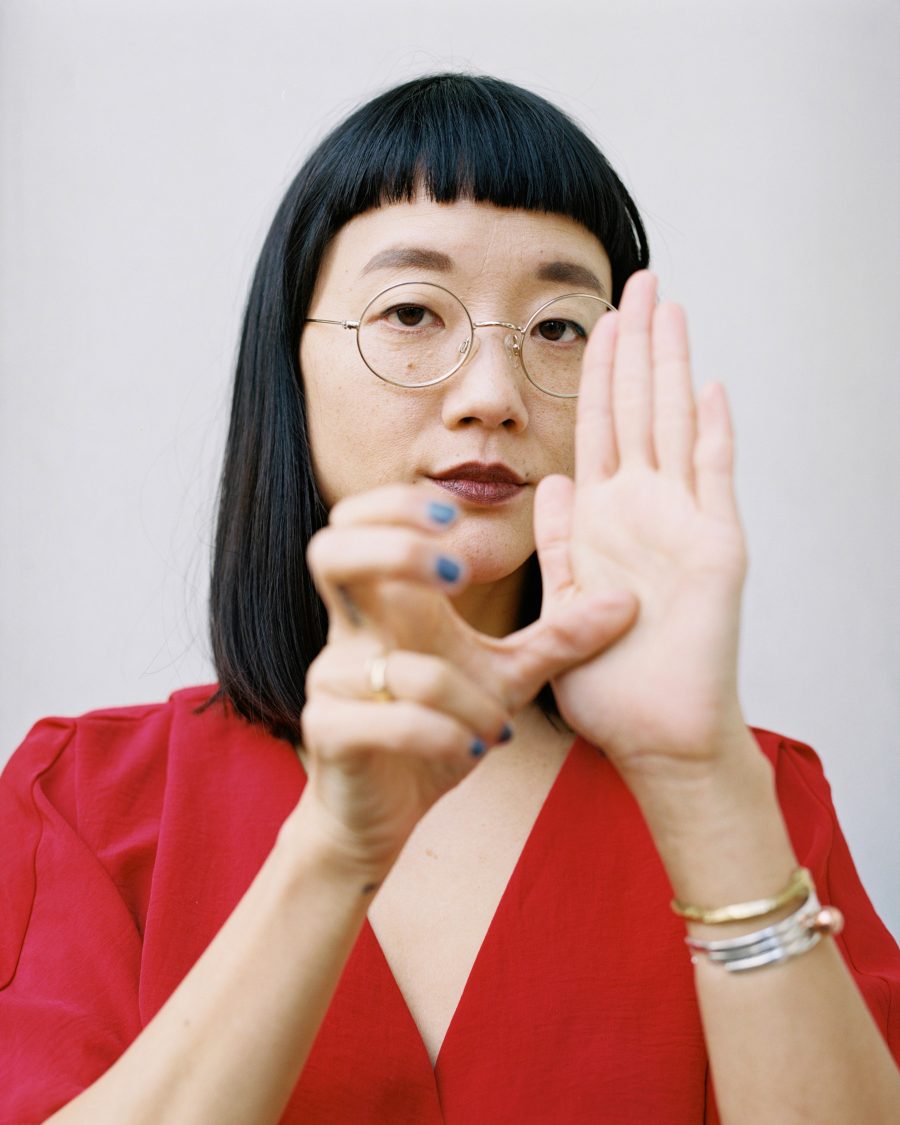 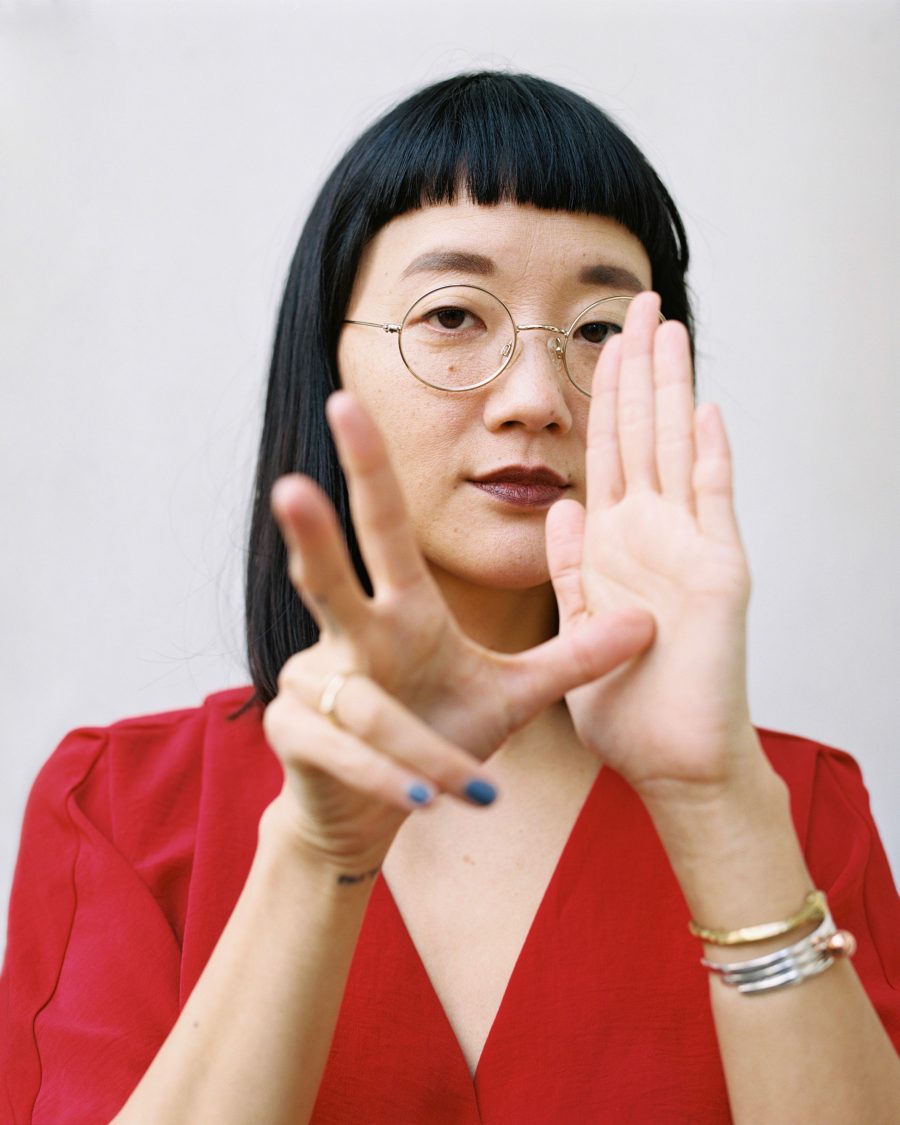 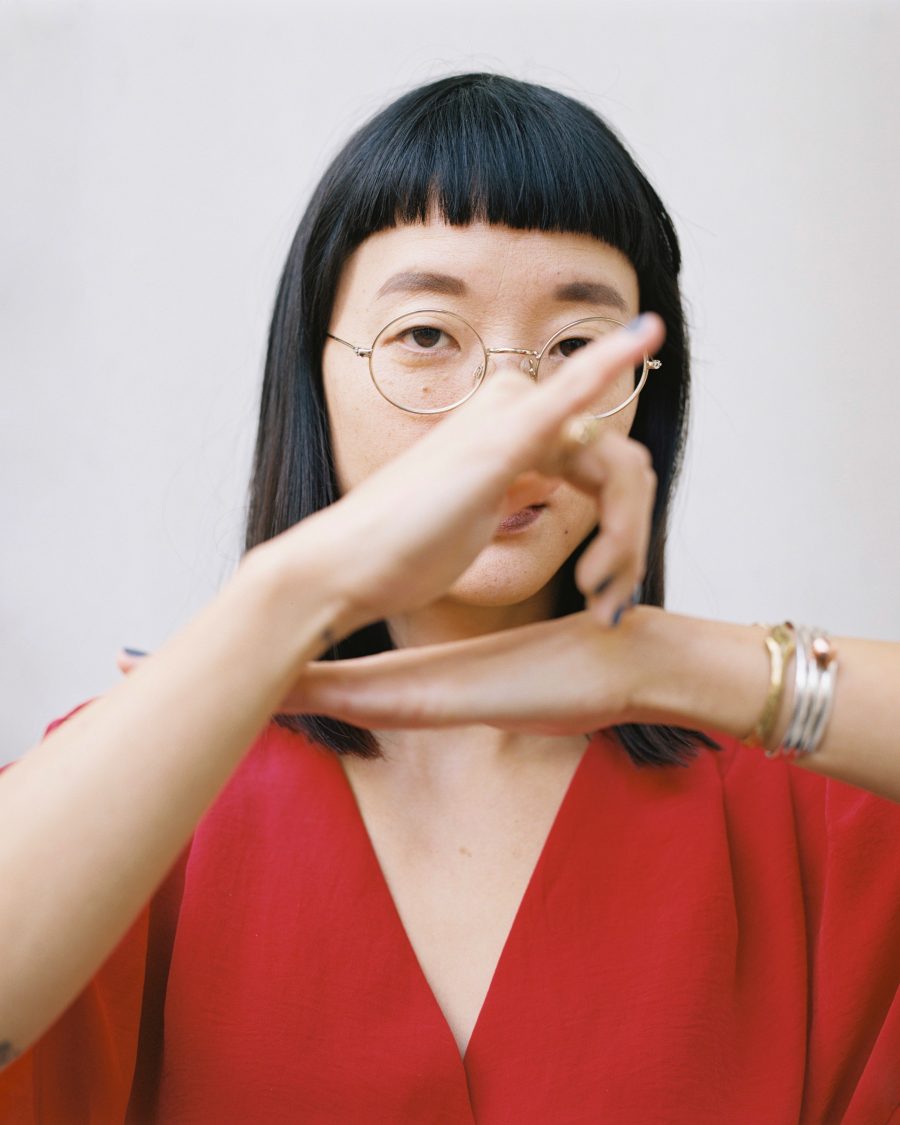 Your work often involves collaboration on different levels. Which have been your favourite experiences of the collaborative process?

I think I’ve always been a collaborator since a young age because of sign language interpreters. So it naturally led me to work with other people. With collaborators it can be difficult when we both do not speak the same language, so we often type or write in English to communicate. I’ve learned that if there’s enough trust and respect between us, the collaboration will flourish … and it can even turn into a friendship.

You recently became a mother.  How has this experience shaped your experience of sound as well as your work?

I became very (maybe overly) conscious of how much sound my child consumes on a daily basis. I wanted to foster a healthy balance between signed and spoken languages, which, sadly, isn’t common in many households with both hearing and deaf parents. So I made a drawing series called “sound diet” where I suggested various amounts of sounds at home (Netflix, spoken English, sound toys) as if I was a doctor planning your diet. 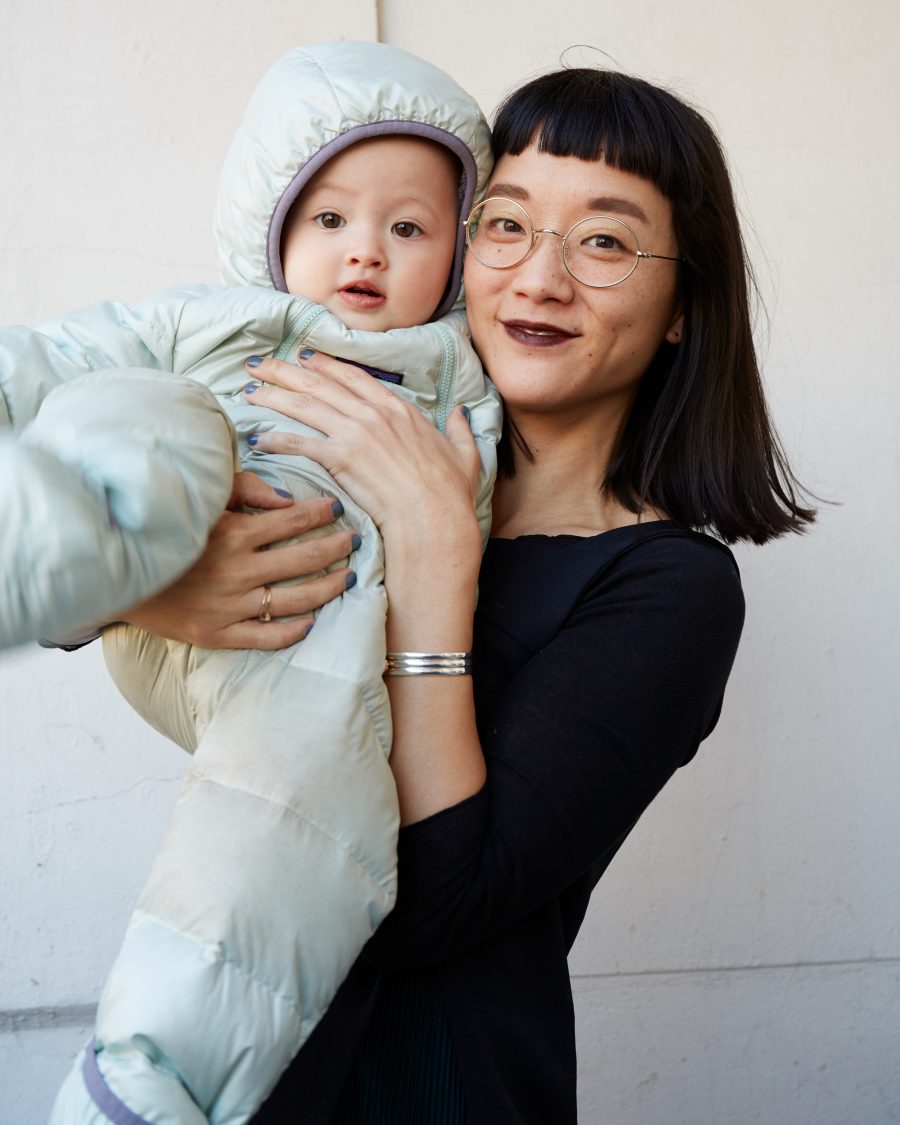 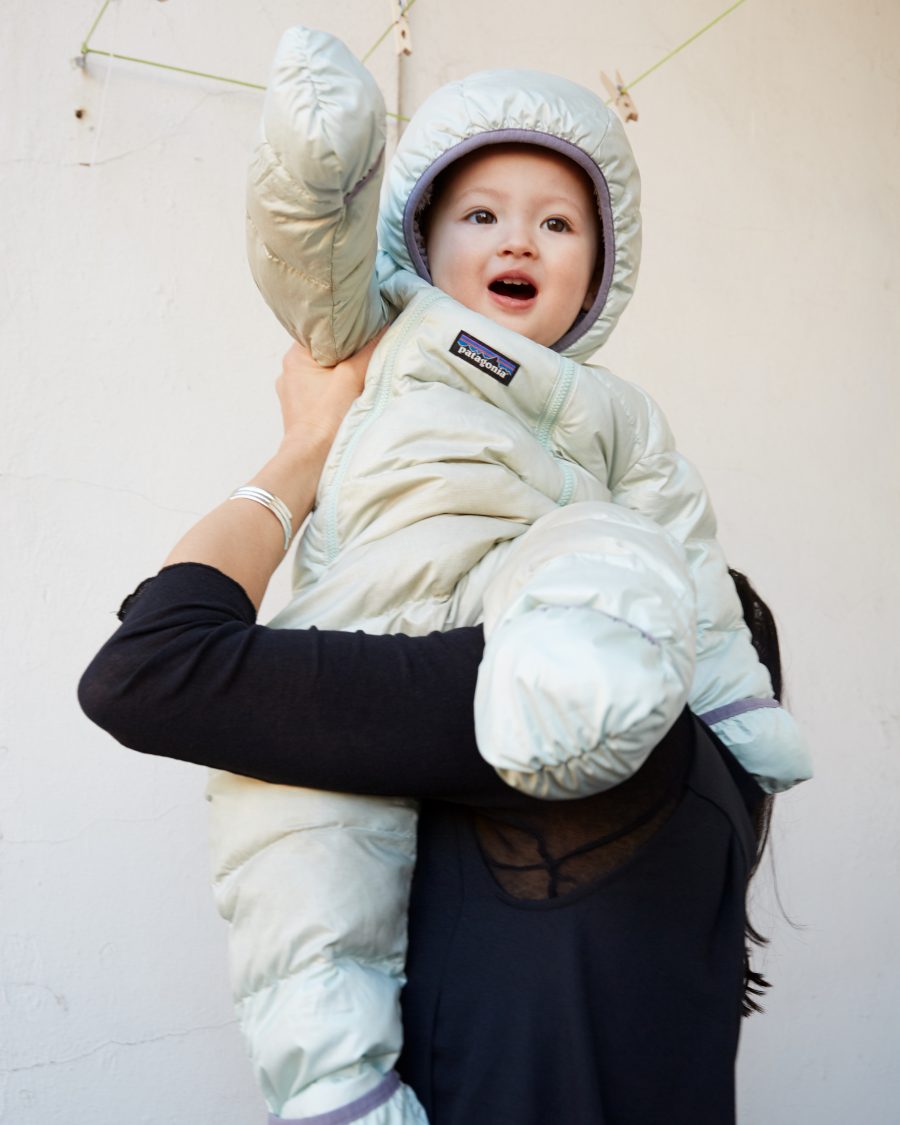 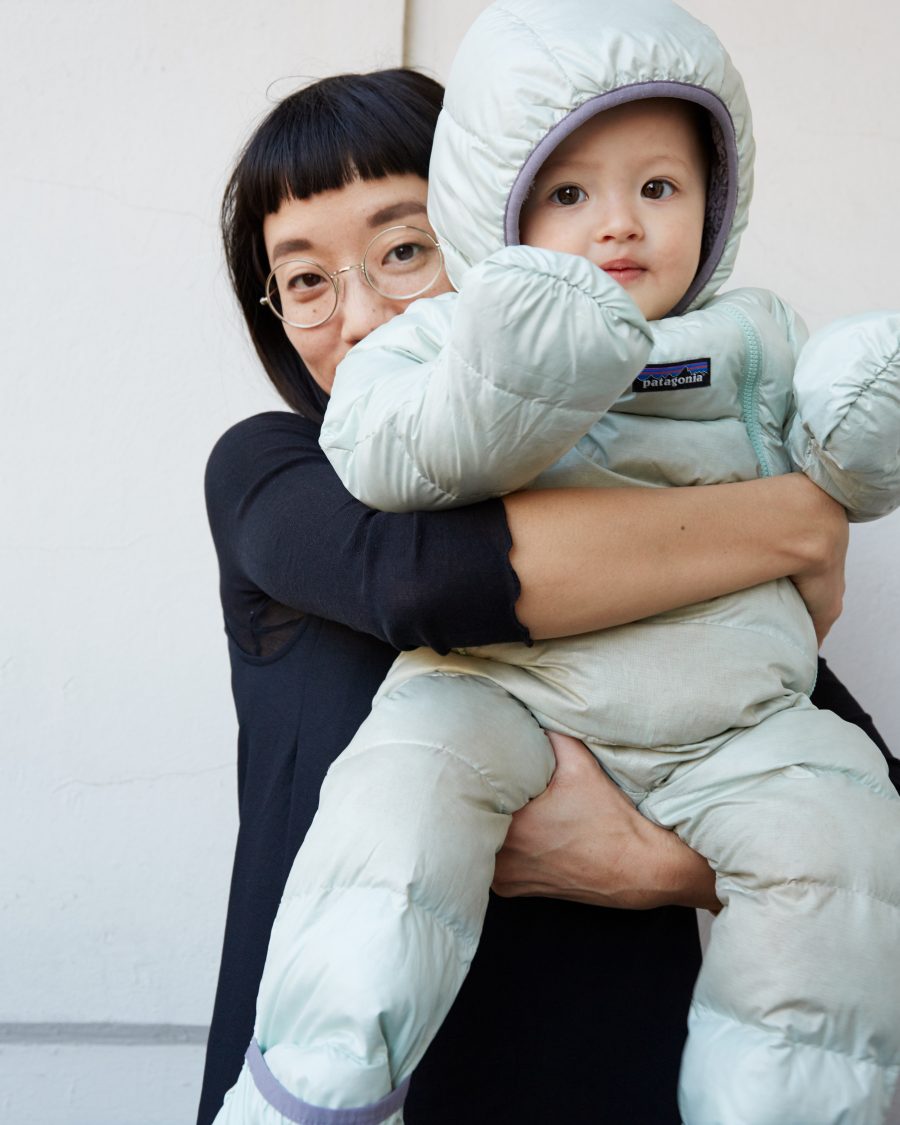 What helps you get into the release control and create your work?

When the whole apartment is clean, I have nothing left to do except to work! Also both CBD and whiskey help.

What are you currently working on?

I have a solo show coming up at MIT List Visual Arts Center  and it’s called “Off the charts.” I’ll show a number of pie chart drawings that highlight my personal decisions such as “Why I do not read lips” and “Why I watch with captions.” 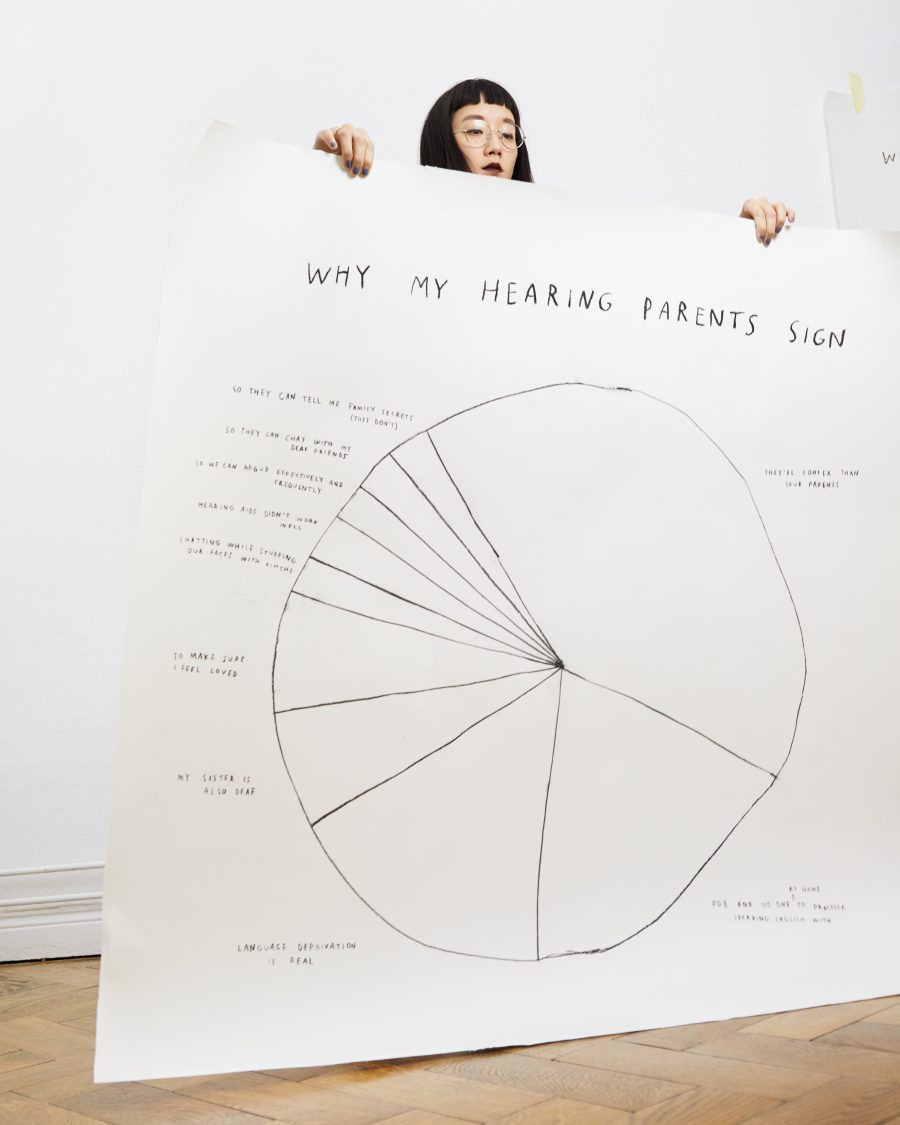 What do you think the biggest lesson your practise has taught you?

Be nice and grateful. I didn’t get to this place alone and it was hugely due to many people I’ve worked with over the years. This also applies to sign language interpreters. Another lesson is that I’ve learned how to perform on social media like Instagram, it’s like your CV. 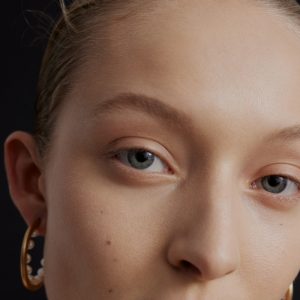 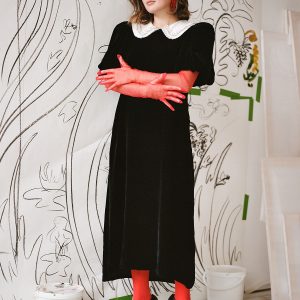 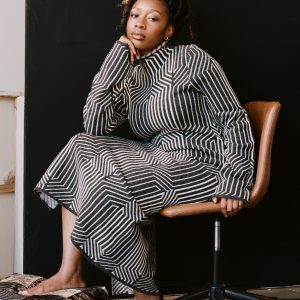