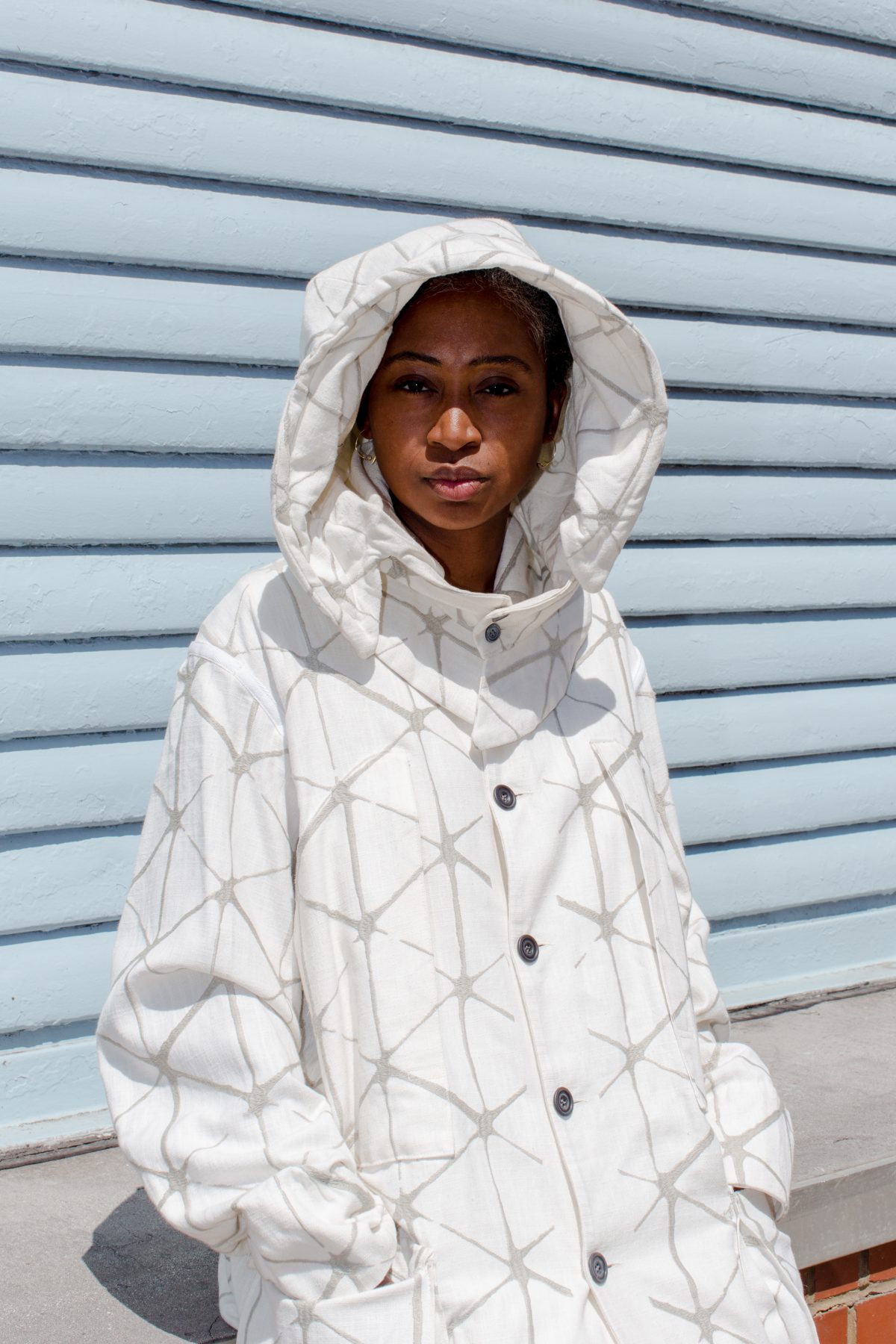 Charlene Prempeh knows what she’s talking about. As the founder of A Vibe Called Tech, an initiative exploring the impact of technology on the Black community, Charlene spearheads events, research and workshops across London. Her philosophy is simple, yet it’s rarely talked about. For Charlene, technology – be it artificial intelligence or social media platforms – has a role to play in ending racial injustice. It starts with the people behind the technology developing systems to stop racism from being exercised within those platforms and tools. It’s not a coincidence that for the longest time if you Googled ‘prisoner’, mostly pictures of Black men would come up. Or that on Airbnb Black people keep getting their bookings cancelled. With A Vibe Called Tech, Charlene is calling for everyone to consider more closely how technology, or rather the people that create it, enables racism.

Charlene hasn’t always worked at the intersection of technology and race. For over a decade, she worked in marketing and consulted for the likes of The Guardian and BBC. But a few years ago, a conversation with her husband while on holiday led to the start of A Vibe Called Tech. “We were discussing artificial intelligence, and some of the issues with facial recognition tools not being able to register Black people properly”, she tells me over Zoom. “It was one of those long evening conversations, and we initially came up with an idea for a book. The thought of new technology not being able to recognise Black skin just felt ridiculous, but I did my research and it was true. I went down a rabbit hole, looking at the intersections of new technologies and the Black community.”

What she discovered was only more troubling. “The discrimination wasn’t only with facial recognition tools; it was with policing, the judicial system, how people are employed, how marketing is executed, and even healthcare.” Although there were groups and research dedicated to unpacking these issues in America, there wasn’t much happening here in the UK. “I wanted to set up something that not only looked at what those issues are, but also made the Black community aware of them”.

Last year, A Vibe Called Tech held events and workshops at the Tate and the Barbican. Now, Charlene is working towards funding for research that will look into the effects of new technologies on the Black community here in the UK. 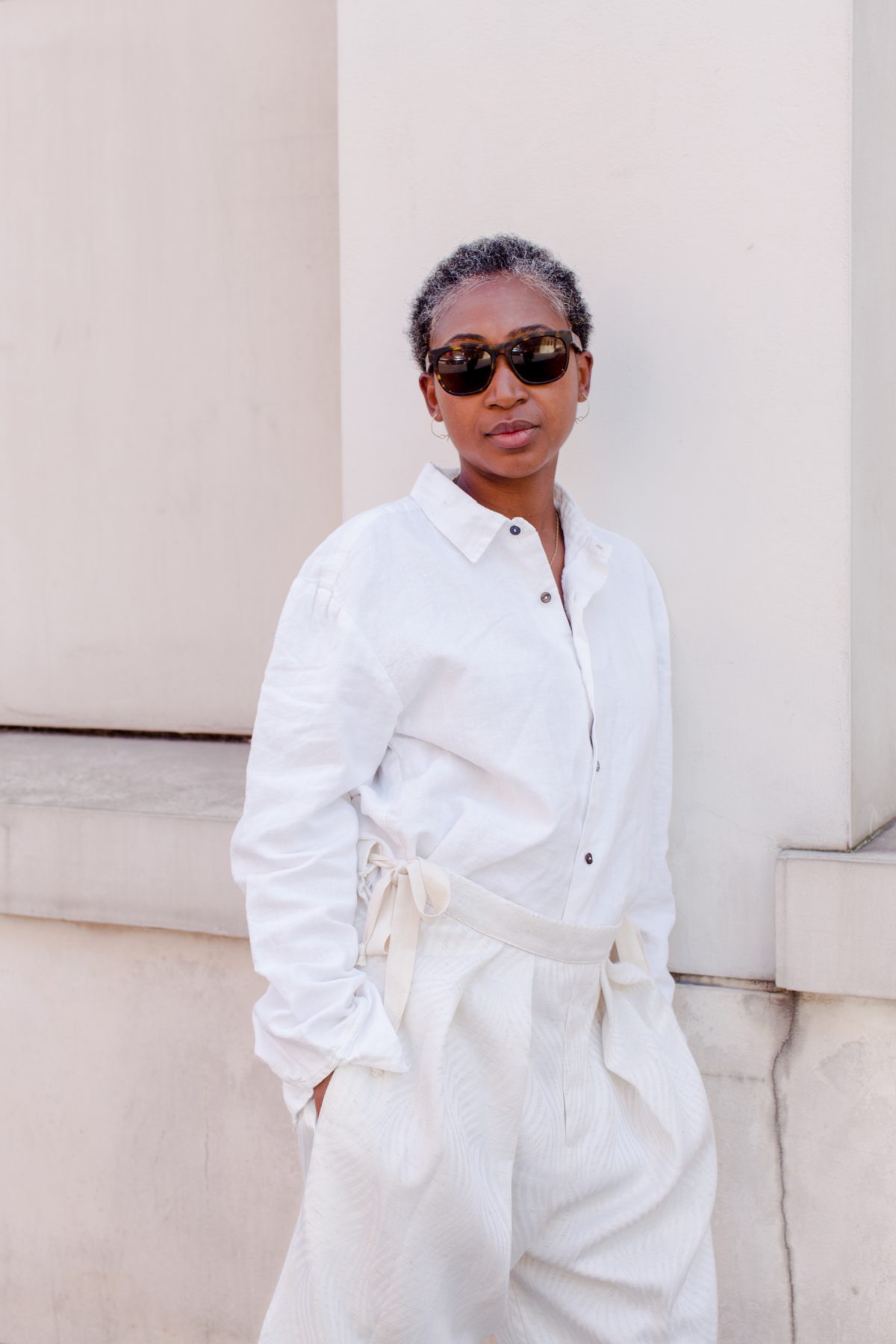 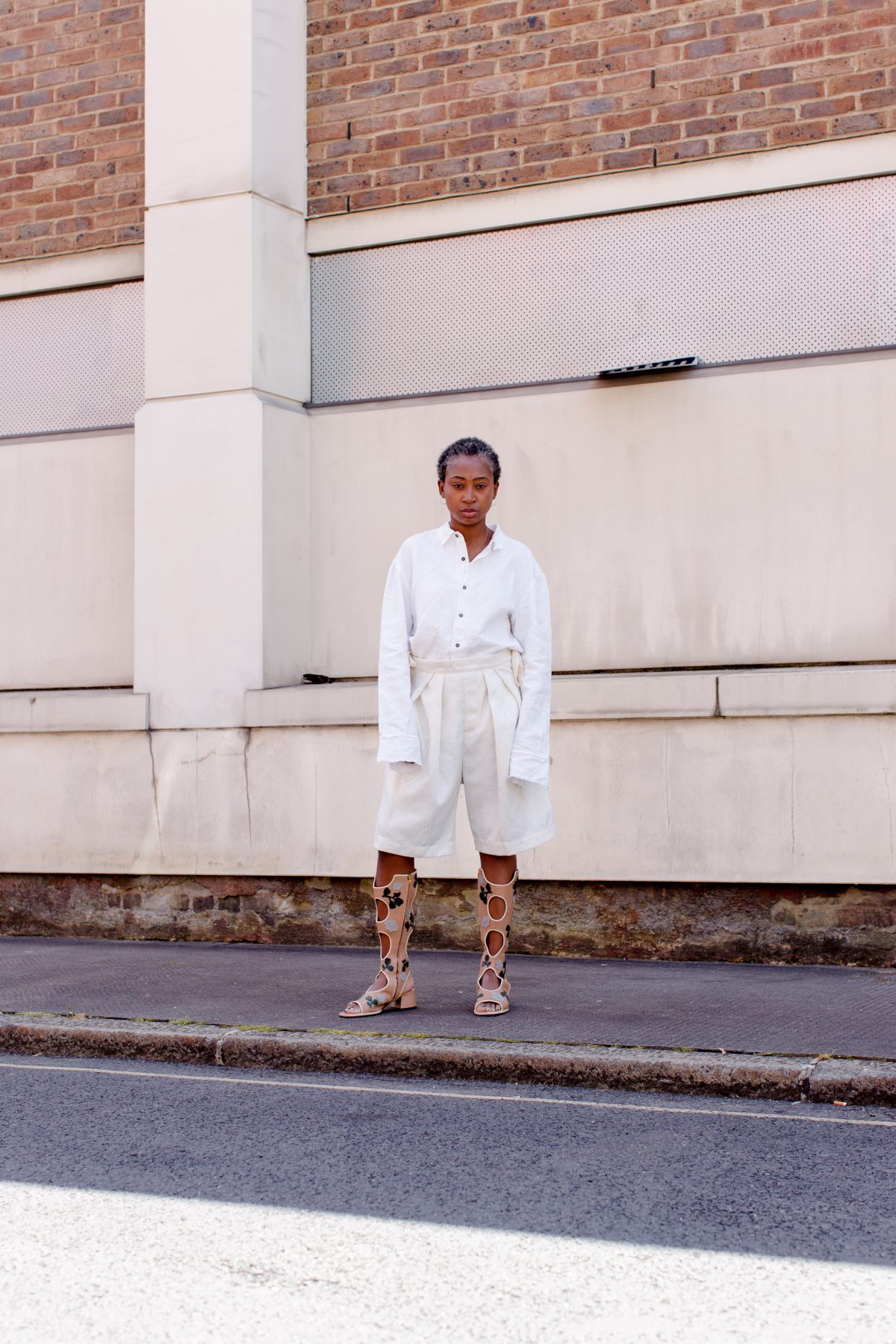 Wase Aguele: Black Lives Matter has catapulted conversations about racial injustice to the fore, even though these issues aren’t new. How can the average person use technology to affect change? Is it possible?

Charlene Prempeh: The first thing you can do is use it to educate yourself and understand the movement. Find resources to learn about the more subtle aspects of racism. Also, people should – and hopefully will – start using this moment to learn about the role technology plays as an oppressor, and ask questions about the role it plays in reinforcing stereotypes. As a community, we get that there are problems with technology, like the way it’s used by the police and the state but we definitely need to know more about it. Have you seen all the stuff with Airbnb? People canceling bookings because the guests are Black?

WA: Yeah, I mean, that’s happened to me. But that’s a different discussion…

CP: But it’s not a different discussion, right? I think we make a false separation between things that happen in the world and the technology that lets it happen. They’re not separate things. The whole idea of the sharing economy is only feasible because of the technology. Equally, it’s the route to solving the racism those spaces foster. That host is only allowed to press ‘no’ on your booking because Airbnb set up the technology in a way that allowed them to see that you’re Black. What would it look like if that option wasn’t open to the host, if they weren’t able to exercise their racism in that space because the tech disallowed it? Often, we’re like, ‘oh it’s just the way it is’, when actually, the power tech has to fix those issues needs to be brought to the surface.

WA: Yes, or at least technology should be used to mitigate these issues as much as possible.

WA: It is the story.

CP: Right. Like with Facebook, they can invest their time, energy and money into working out a myriad of ways to get us addicted and buy things. But what would happen if they put 0.4% of that energy into making sure we don’t suffer racial aggressions on that very platform? There are tech solutions to make sure it doesn’t happen. They just need to get up and find out what they are.

WA: True. I guess it’s easy to disassociate the two – the people and the technology. The people that run Facebook constantly put out this message that ‘there’s us and our beliefs and that’s separate to Facebook’. But really, it’s people that build and make these platforms. 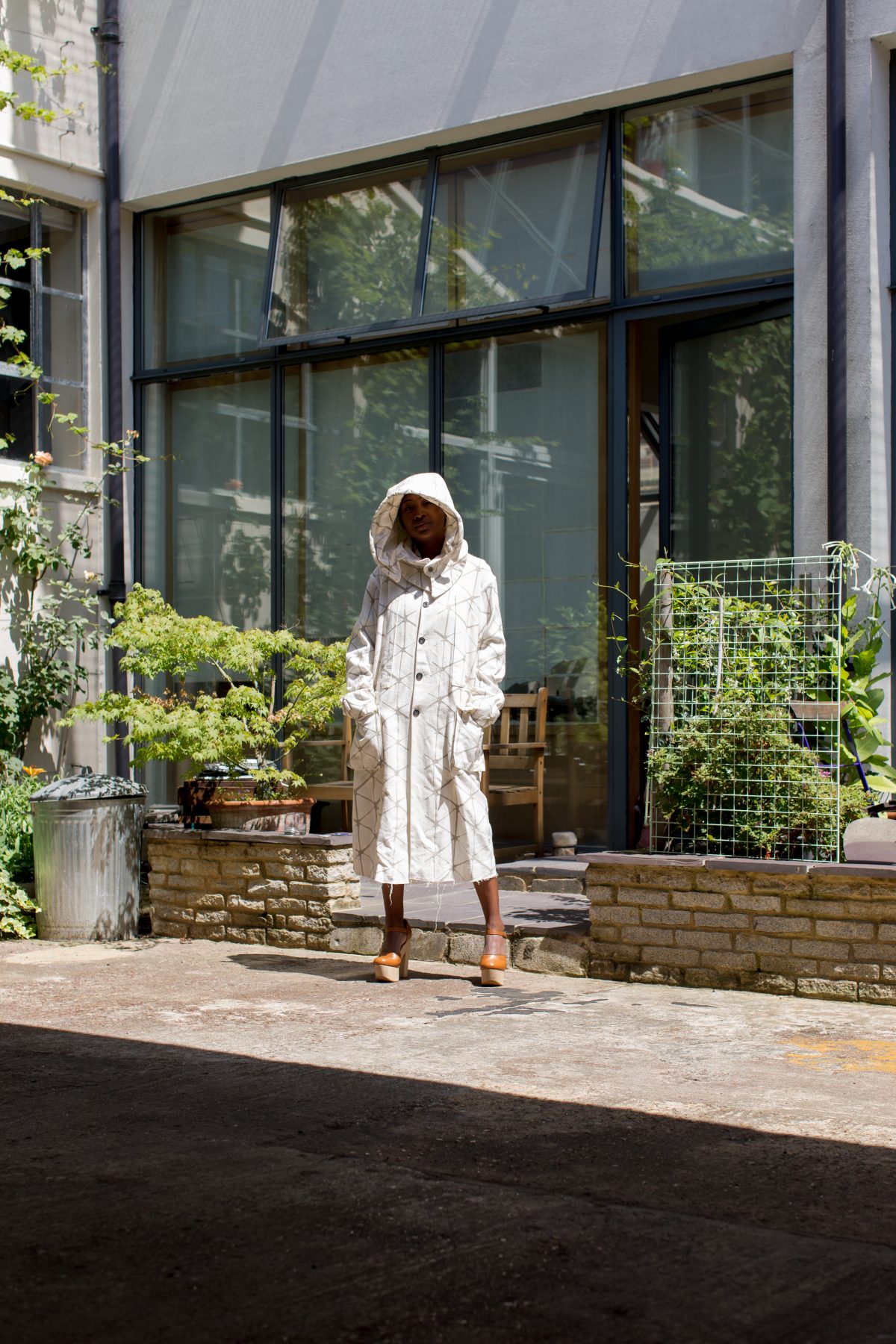 CP: Many people think of the issue as being niche, but it’s not. It’s not a tiny problem or a weird preoccupation. It’s the engine that’s driving a myriad of the problems faced by the Black community that will only grow in the future.

The second issue is that people tend to overcomplicate things, specifically the experts here in the UK. It feels like they purposefully overcomplicate how these products and systems work so the everyday person thinks it’s ‘too much’ for them to understand, when really it’s not. It’s about keeping people in the dark. 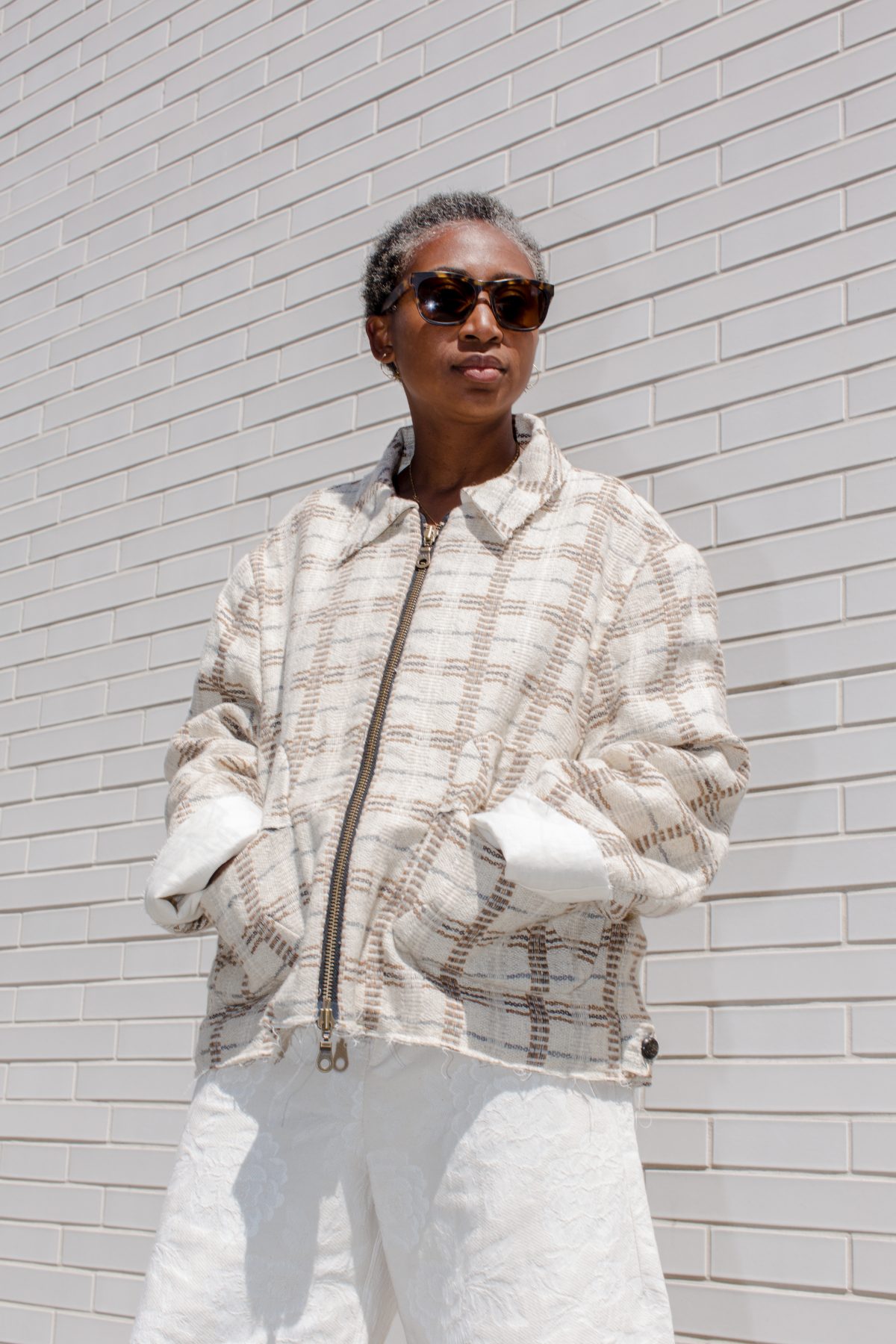 WA: How can we get behind A Vibe Called Tech’s mission?

CP: Tell people about the issue. Going back to the Airbnb thing, rather than just thinking about the racism of the person who wouldn’t let a Black person book, we should be thinking more about the platform and what their role is in this. Also, come to A Vibe Called Tech’s events; read the articles. The more people get behind it visibly, the less the conversation can be swept under the rug.

What keeps you doing the work you do?

A really special moment for me was during our Tate Exchange talks. We were having conversations about Black creativity, and how technology has helped but also been oppressive. And this guy stood up and said that before the talk he didn’t know anything about the issue, and thanked us for the education. That made a lot of it feel worthwhile. The more the [Black] community is educated on this issue, the more we can understand the things we’re experiencing now and feel even more empowered to change things. 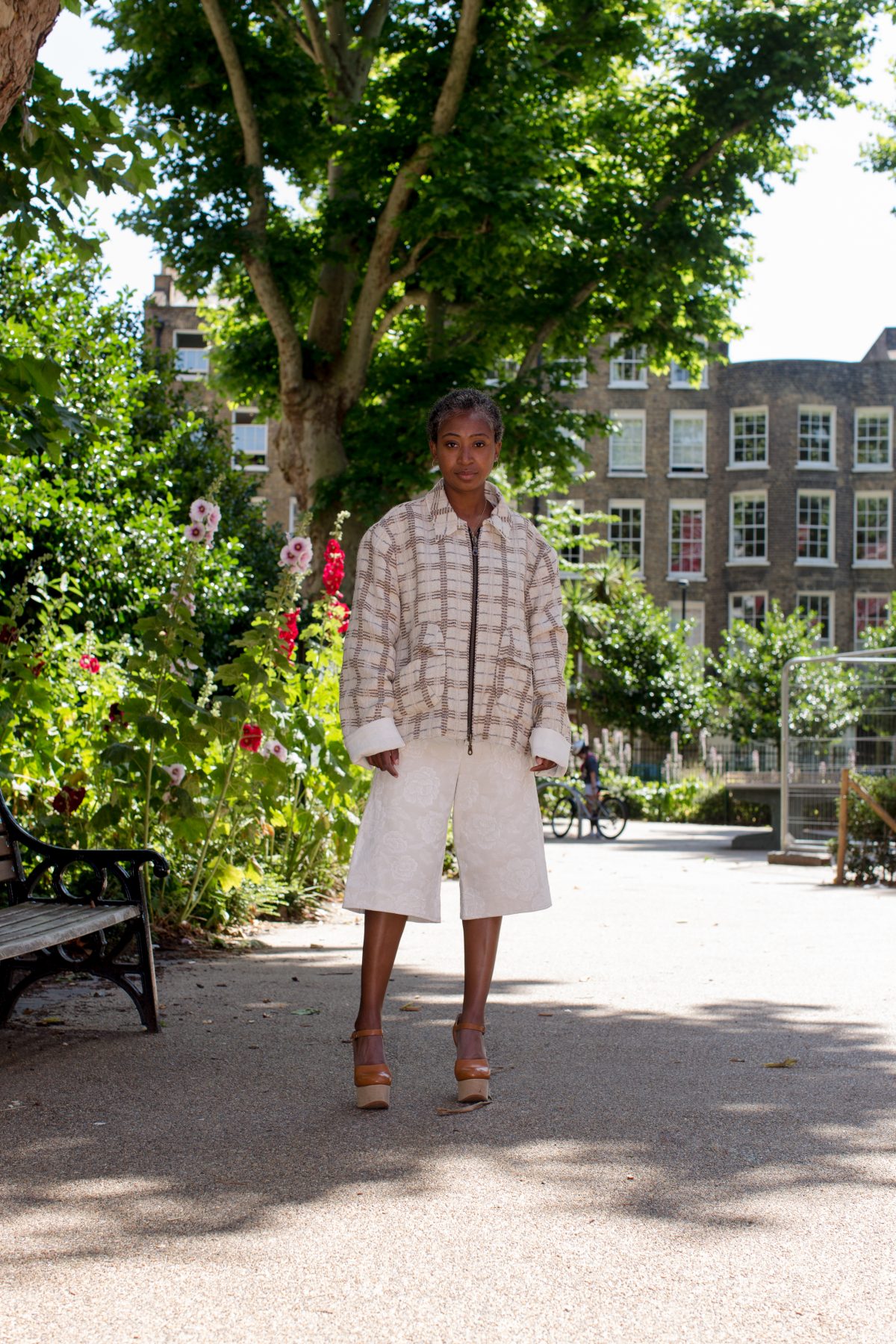 Charlene Prempeh is founder of A Vibe Called Tech and writes a column for FT How to Spend it celebrating Black owned businesses.

Wase Aguele is the Editor of Roundtable Journal, an annual print magazine for women. 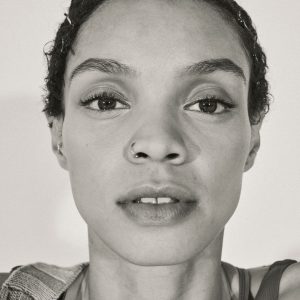 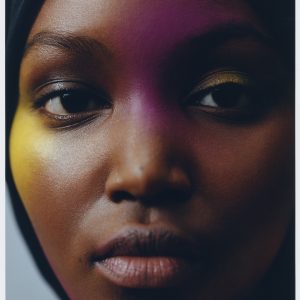