We catch up with model Athena Wilson and have a chat about modelling, zines and staying creative. She tried on some nice dresses too. 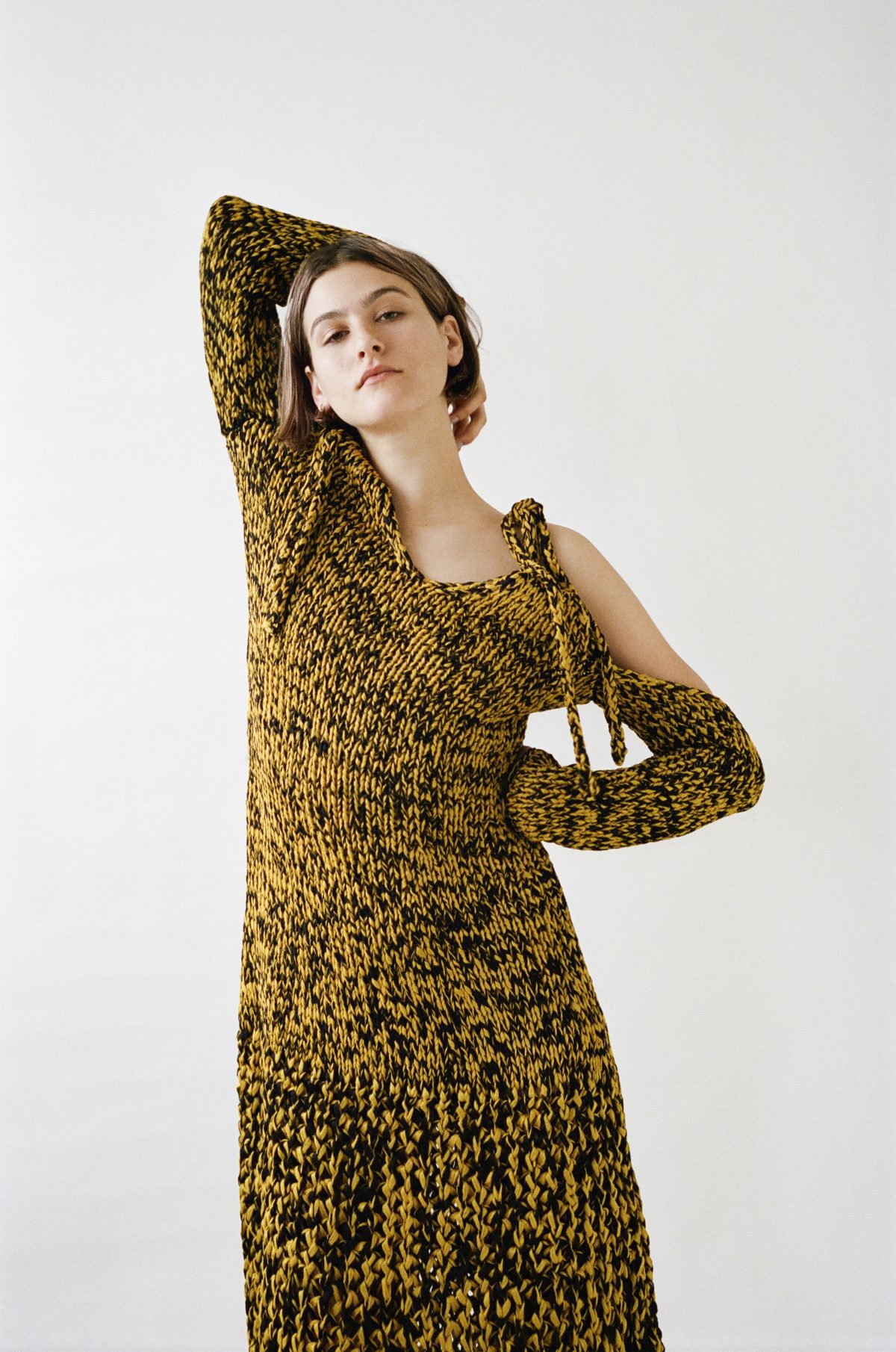 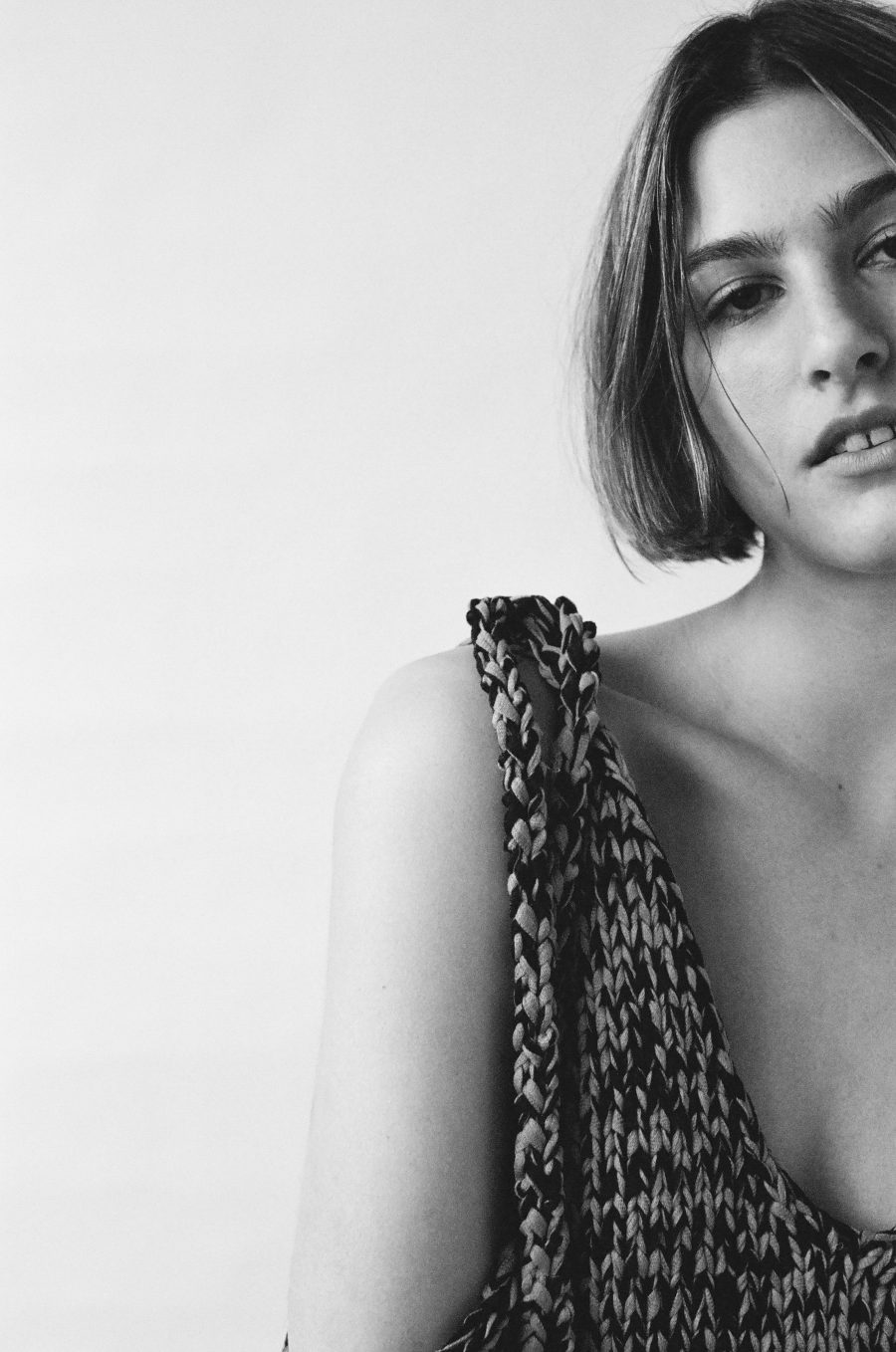 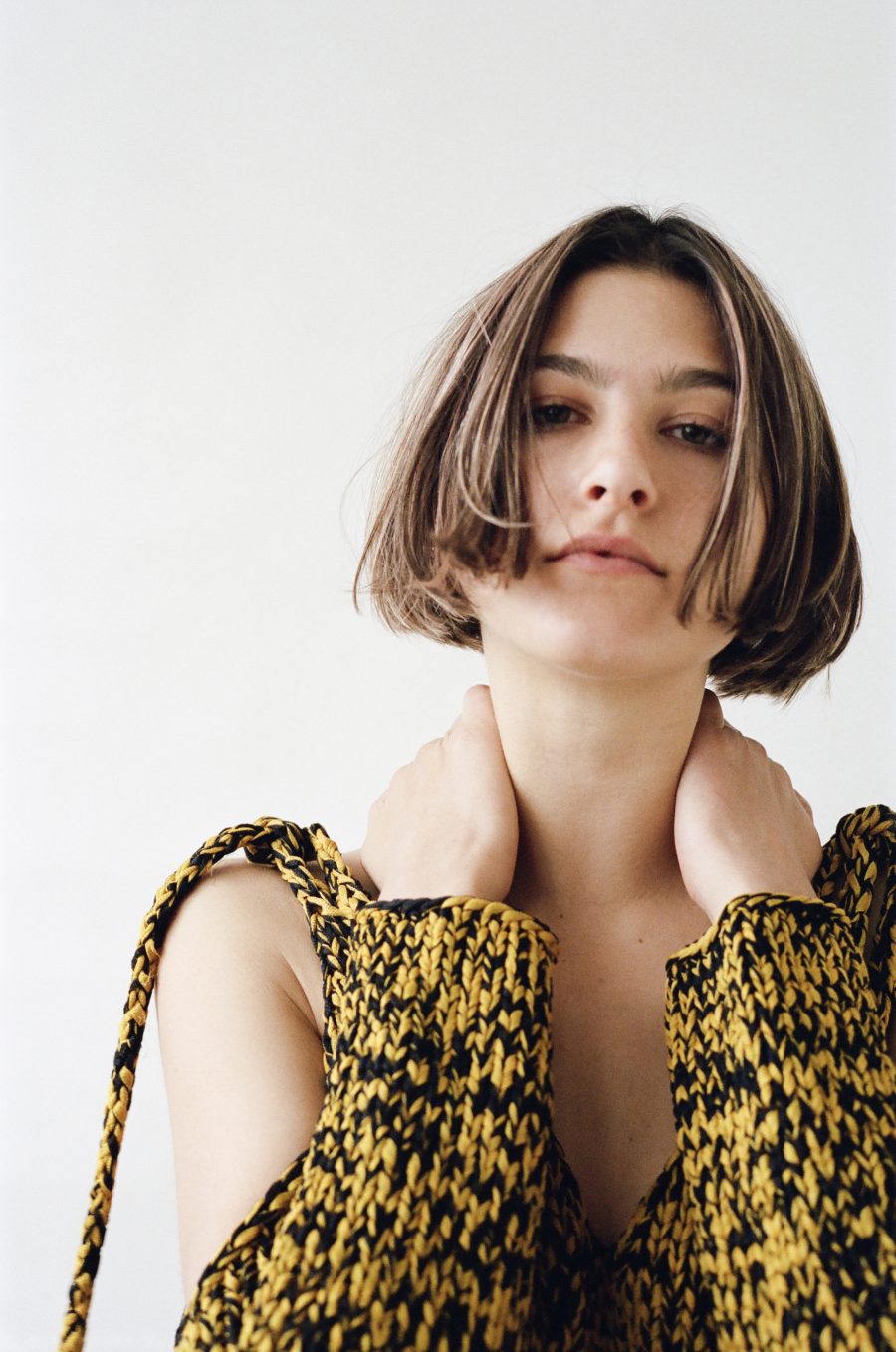 How did you get into modelling?

It’s a long story actually. I had run away from home as a teenager – I feel awful about it now as I am really close to my parents and I can’t believe I put them through that.  I was 15 and I wanted independence so I ran away to LA – only an hour away from home.

My main means of transportation was my bike and I loved my bike. I was just going down the street and this woman in her car ran through the stop sign and it was a full on collision – screeching breaks, traffic stopped and I went fully over the bonnet of her car. At first I thought she was trying to drive away, but then she stopped and got out of the car and started saying ‘please don’t call the cops, please don’t sue me’ as she was not insured and not from the States. I was mainly concerned that my bike was ruined  – it felt like all I had in the world and it meant so much to me.

So I ask her to take me to the bike shop to see if they can repair my bike. I get in the car with her as she is driving she says ‘hang on I need to pick up my kids from school’ so we go and pick up her kids, and they are so sweet and they are introducing themselves to me and I start to feel really awkward – how can I sue someone who has such sweet kids! It was so weird I spent like an hour in her car, we dropped off her kids and then went to the bike shop who said my bike was a right-off and couldn’t be fixed.

Luckily I had insurance  – I was a runaway but on my parents insurance! – and it turned out they would cover it without having to name her. But I was now without a bike and no money so I thought I better look for a job. But I was only 15 so I looked on Craigslist and saw a casting for an LA Fashion Week show and it was $100 for one night’s work which I thought was amazing!

So I went and did the job and at the show there were scouts from all the LA agencies and they came up to me afterwards to ask if I was signed and I was like ‘No I just wanted a new bike!”. Then I thought about all the bikes I could buy if I did more jobs like this one! So Ford LA became my mother agency and I did some jobs while I finished High School. I had a really grungy look and used to cut my own hair but people seemed to be into it! 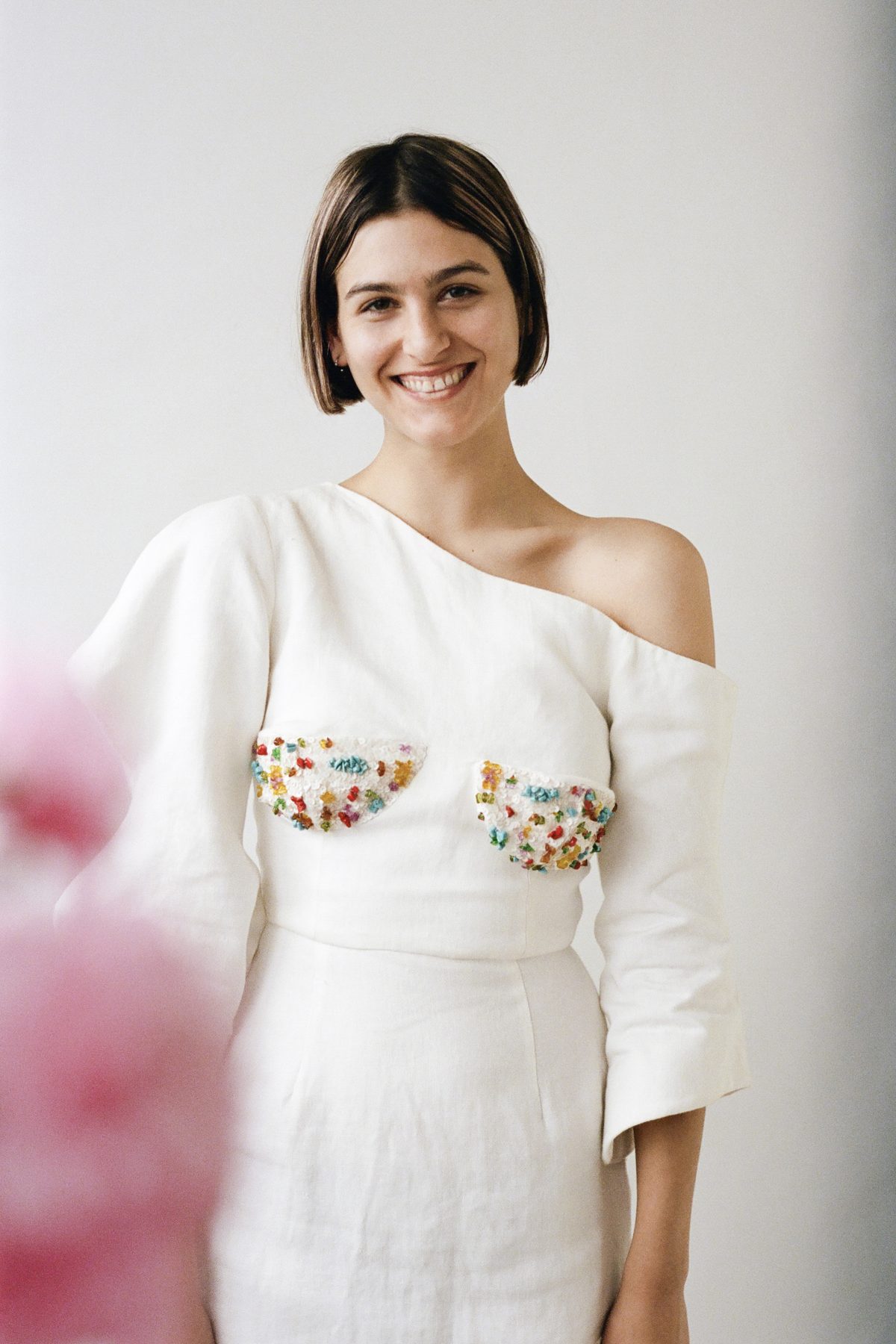 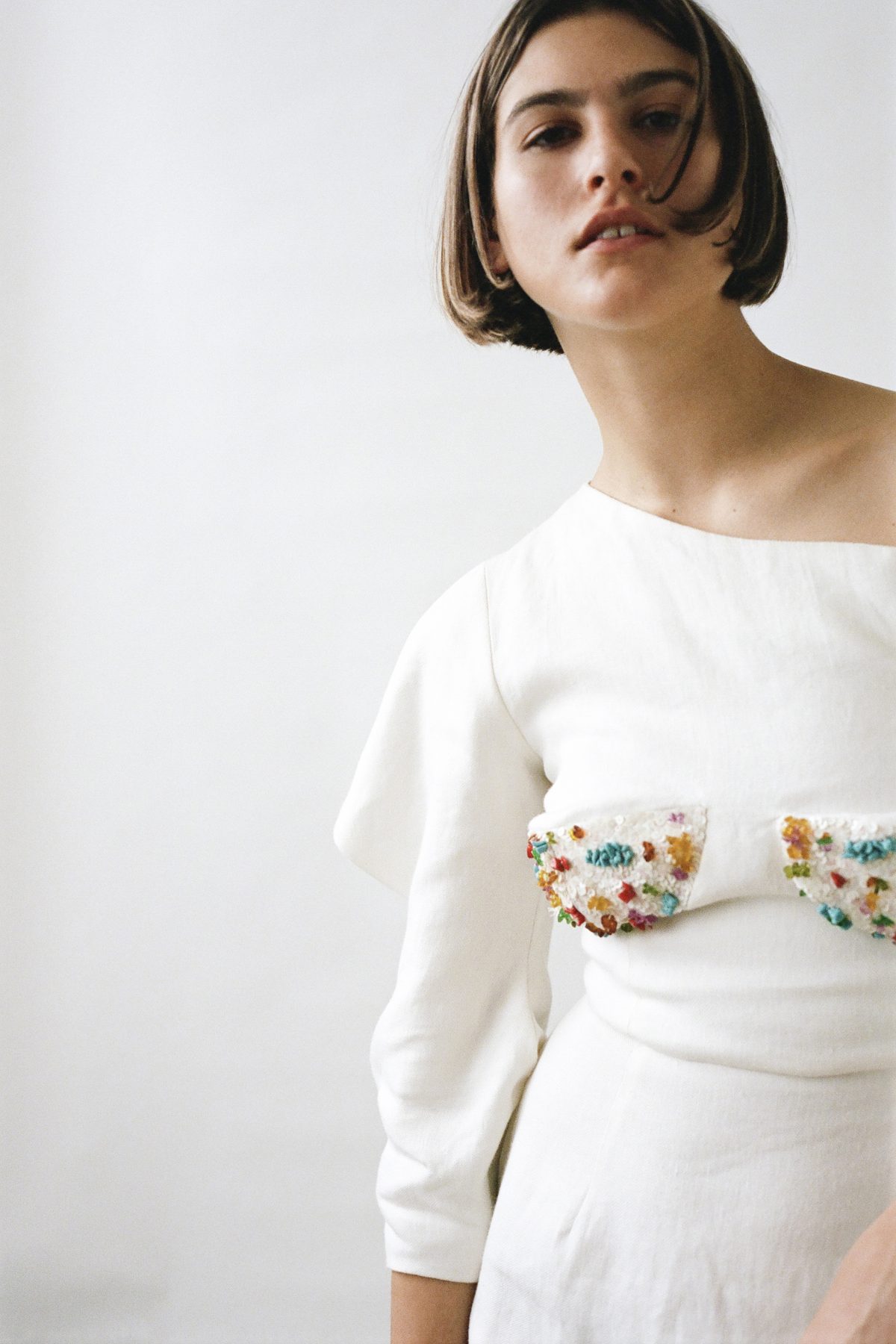 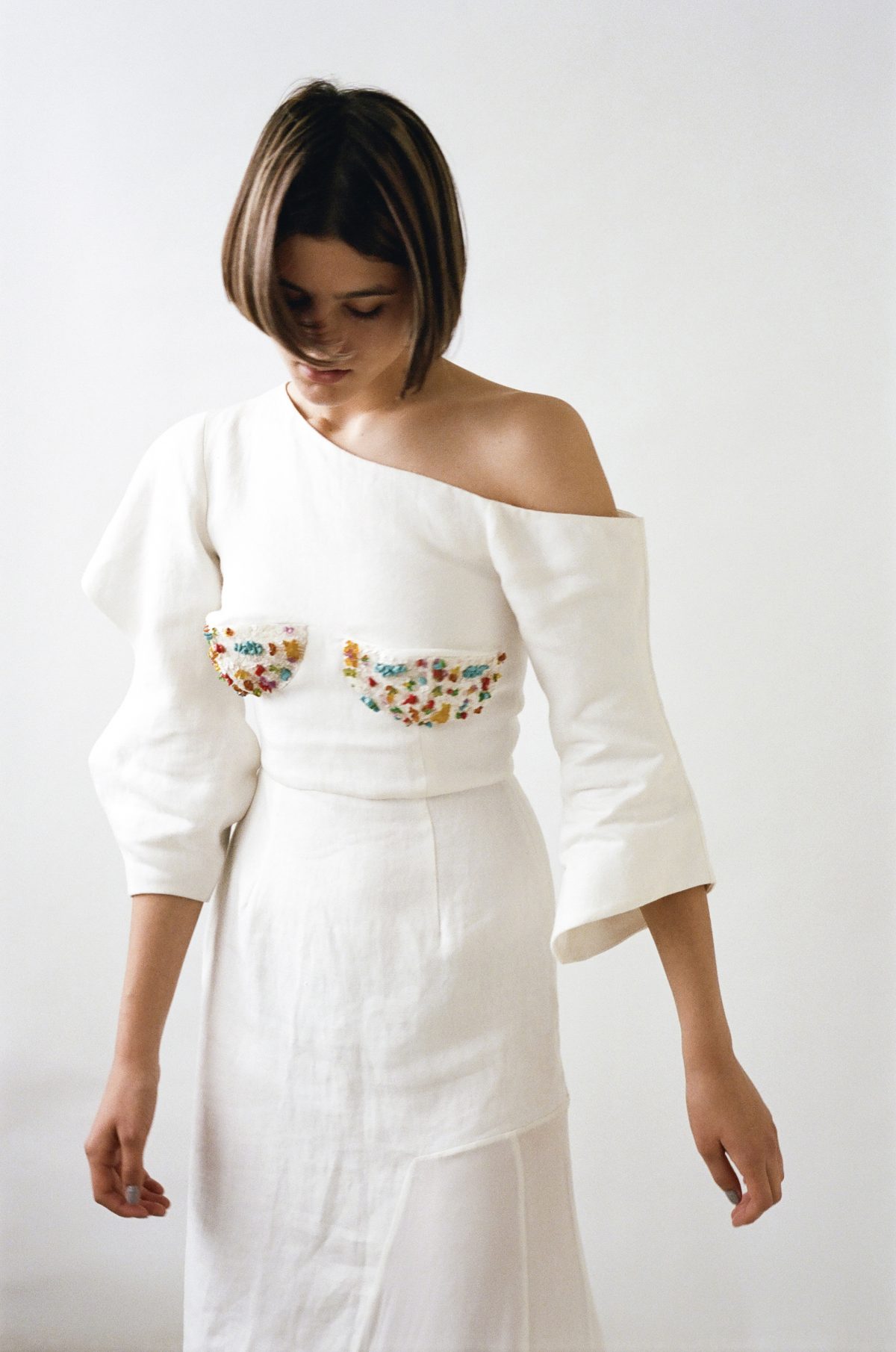 That is a good story! What happened next?

I moved to New York as soon as I graduated. I was totally on my own and knew no-one. I still feel really proud of myself and that all my connections and friendships that I have made have been my own. I stayed in a model flat but luckily just had one roommate and we were really different looking so not in competition for all the same jobs which was nice. It can get really weird when you are in a big apartment with loads of girls and you are all doing the same things.

Tell me about what you do outside of work, how do you relax and stay creative when you are not modelling?

Well my High School was an art school and I studied creative writing  – which after attending a Christian private school was amazing  – it was full of weirdos like me! I was introduced to a lot of different mediums from a really young age – film, art, music – and I have continued to enjoy a wide variety of art and culture when I travel with my work. I have done a lot less writing since I left school but now I feel that I express myself in other ways. 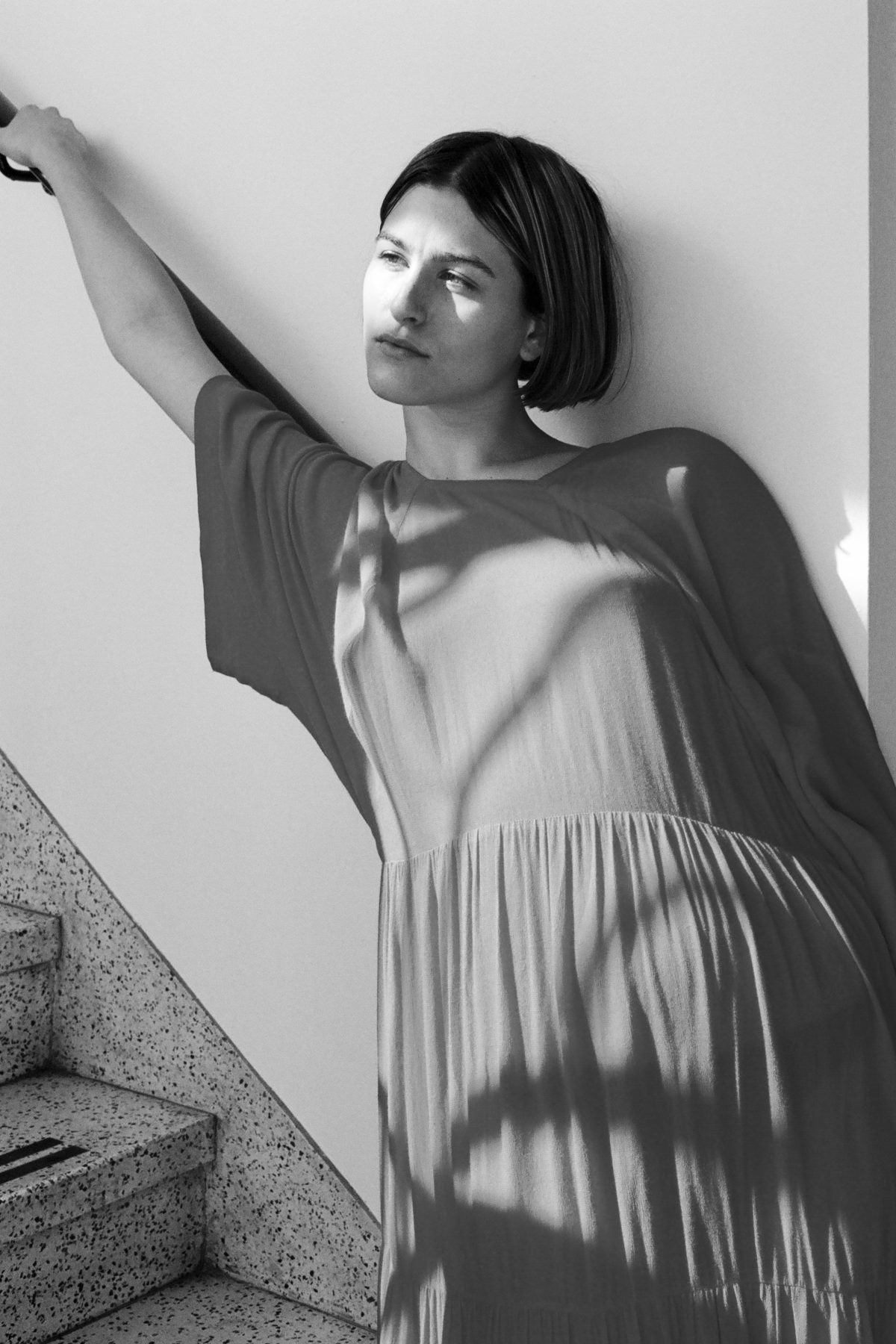 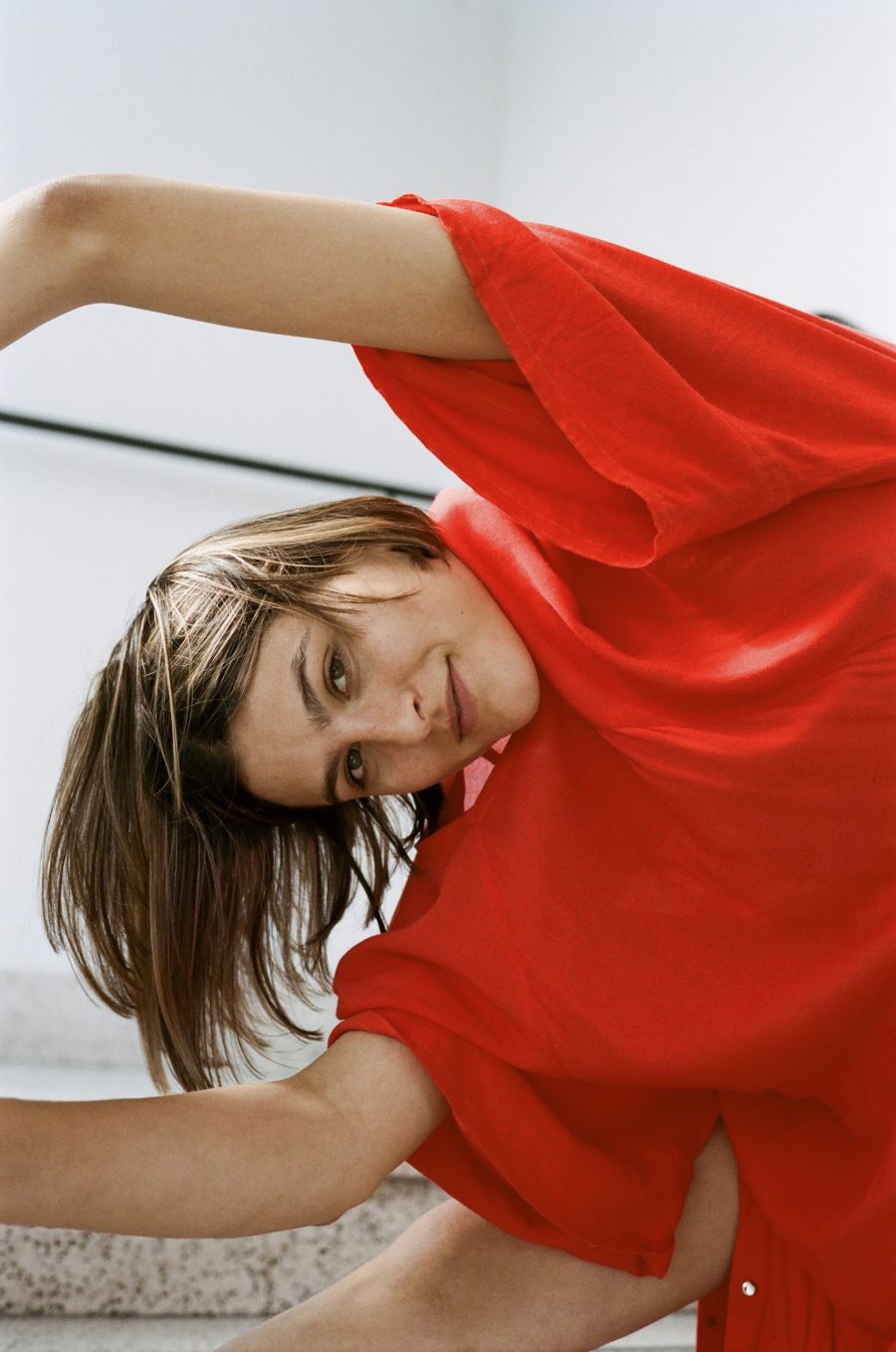 Do you feel that you express yourself in your modelling?

Well in editorial and advertising you are expressing who the client wants you to be which is different, but these jobs have led to other projects like being asked to be in short films, or being given the freedom to be myself on shoots for more personal projects. So it does lead to self expression but it definitely isn’t a vehicle for it.

So do you think in most shoots people are projecting onto you who they want you to be rather than discovering who you are on the shoot?

i think it’s more that clients are looking for a girl and they have that girl in mind. They see you and you either fit that or you don’t. So if you are what they are looking for then in a way they have been looking for you – if that makes sense! But you want to please a client and be who they want you to be.  I do try and predict what a client wants – so I will wear high heels for one but maybe not wash my hair for another!

Did you wash your hair for us today?! 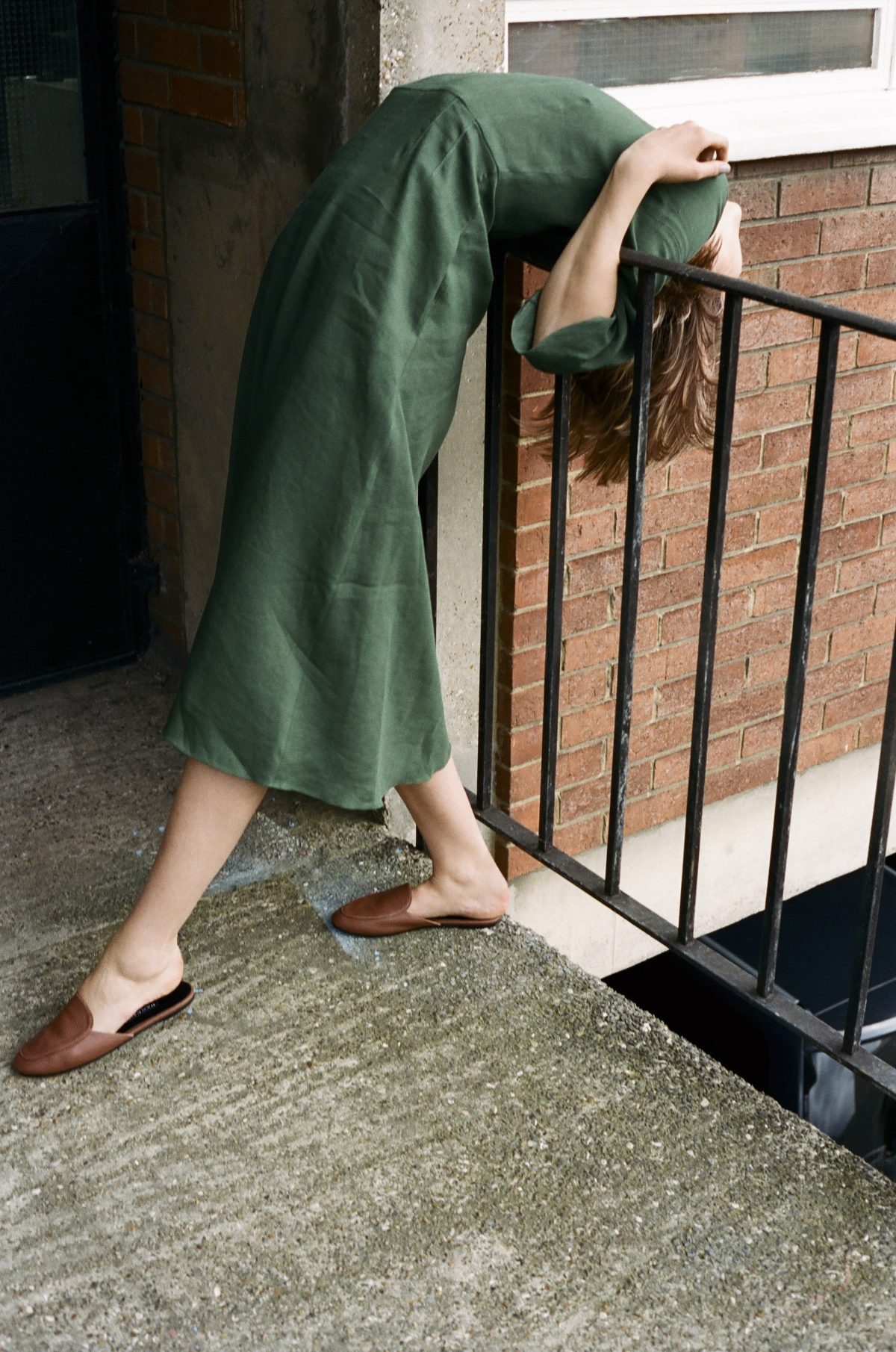 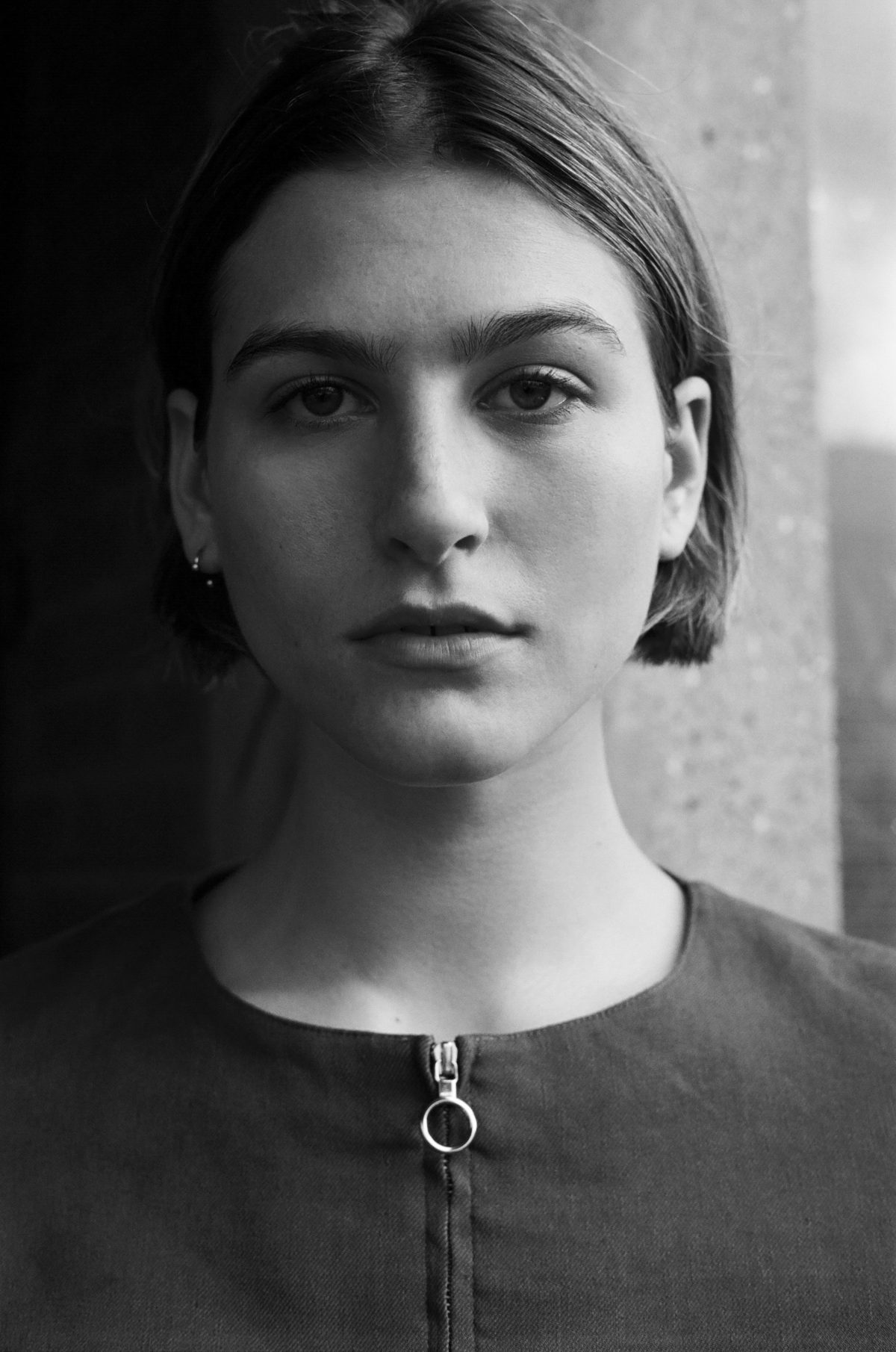 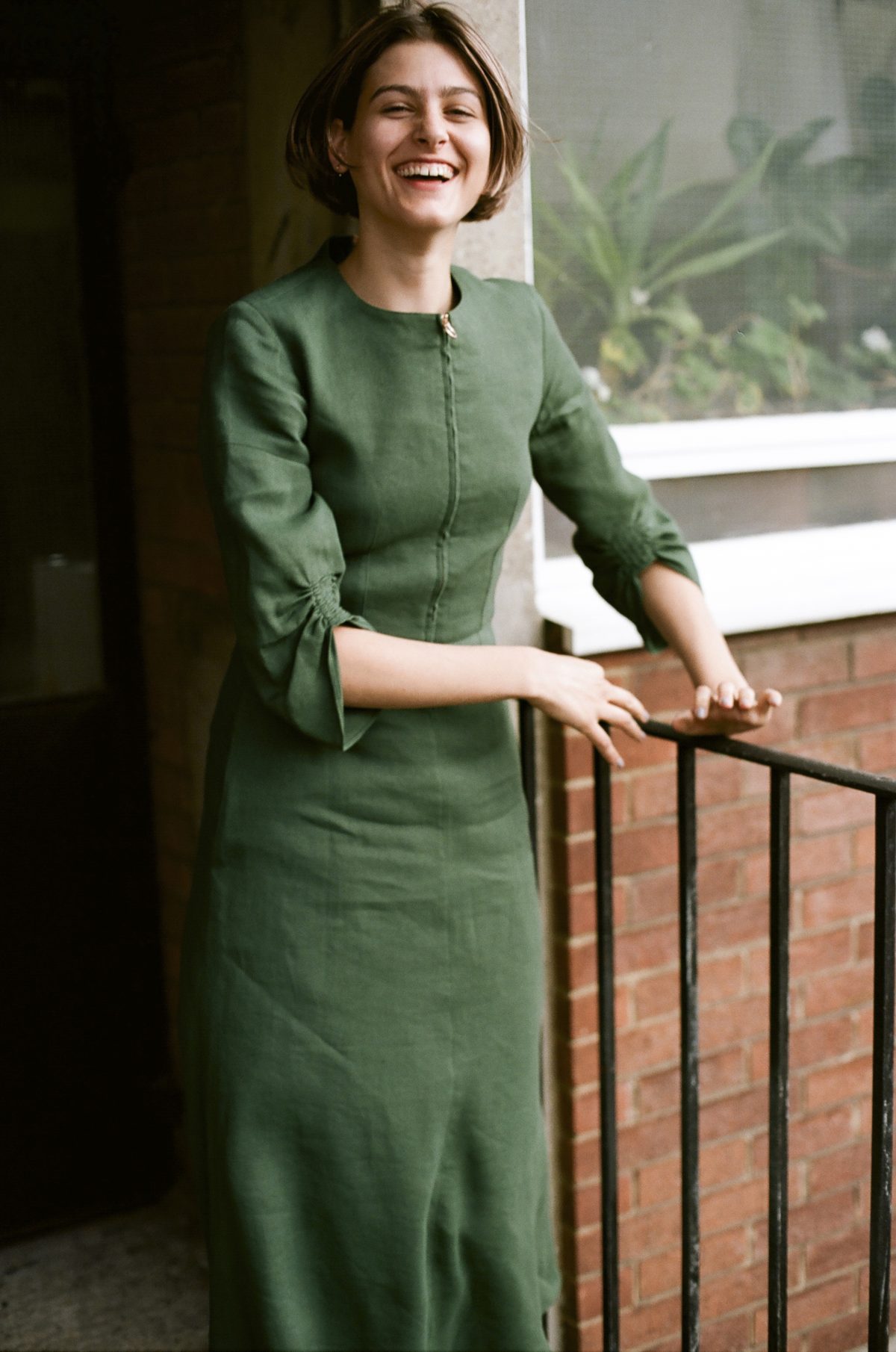 Dress by Tibi, mules by Newbark

What do you get up to in your spare time, when you are not fitting into the mould of who someone else wants you to be?

I love photography and use a film camera but equally I love taking pictures on my iphone and love that this is now an acceptable art form! But I love the process of film and having the film developed and making these beautiful physical images. I have been making zines since I was in high school. They started as photocopied black and white little pamphlets, very DIY,  I used to make them with my friends. After High School I really missed it so started to make them on my own, print them in colour and just do photos, or just do writing.

Do you sell your Zines?

I had it at the LA Art Book fair last year which was really cool. It has a lot of visibility plus it sounds really legit when I say it! But mostly I give them to my friends as they are highly personal to me and I think my friends and family understand them more. But of course strangers have now seen them which is an odd feeling – I wonder what they think, whether they will see the personal meaning or just see it as pretty pictures.

Whats the name of your Zine?

It’s different every time. The last one I did was called Heads or Tails. It was in response to the fact that I am usually really all or nothing, so heads or tails. I wanted to explore that visually and it really helped me to work out how to stop being that way. It was really therapeutic and I felt like although it wasn’t my intention it really helped me to express myself in this way. 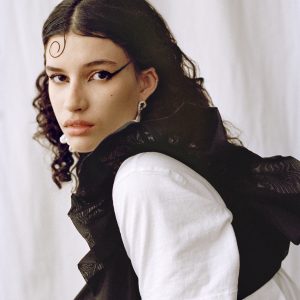 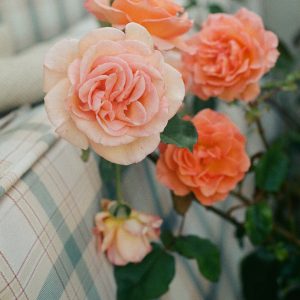 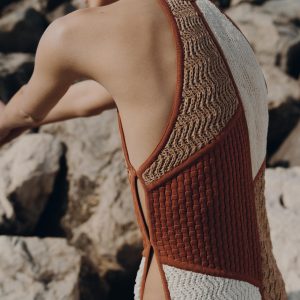